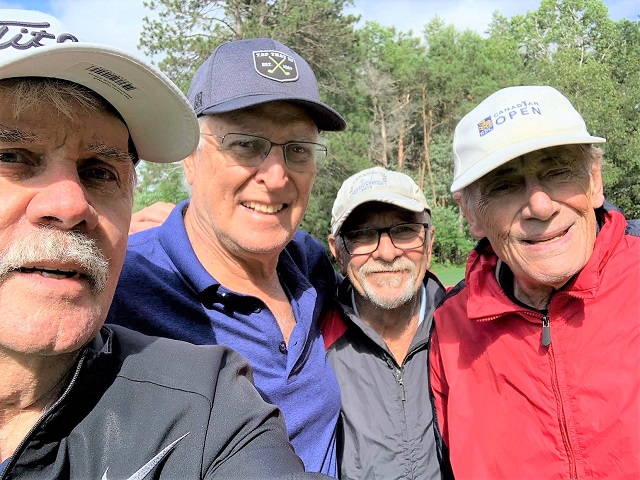 It took over two years of patiently waiting for the U.S.-Canadian border to open for travel because of COVID restrictions, but Robert Macerollo of Mississauga, Ontario, near Toronto, finally was able to enjoy winning the Gaylord Golf Mecca’s Ultimate Golf Giveaway from 2019.

And he said it was worth the wait.

“It was excellent,” he said. “I would recommend the Gaylord Golf Mecca to anyone. We loved the area. It had a down home feel, everybody was friendly, there seemed to be a lot going on for a small town. We really enjoyed the golf and the Hampton Inn and our rooms at Treetops Resort were good, too. I’m so glad we got to do it finally. We were surprised they pushed it forward two years for us. We weren’t sure that would be possible, that we might have lost out.”

Robert brought his friends Don Webber, Don Baldwin and Duane Deley, who are all from the Toronto area.

“They couldn’t thank me enough for bringing them along,” he said. “We managed to play six rounds in three days there and we had a great time.”

“Black Lake reminded us of some of the great courses we’ve played where every hole was different, and the guys liked Gaylord Golf Club because it was such a nice place and forgiving with the fairways,” he said. “The Natural was the first one we played, and right away we felt like we were in the wilderness. You couldn’t see other holes or other people. That made it a good trip right away.”

Robert first became aware of the Mecca when several years ago he saw a Golf Channel program that included Rick Smith, the former Treetops golf professional and world class instructor who also designed three courses at Treetops, including the Signature, the Tradition and Threetops.

“That’s when I decided we had to get to Gaylord one day,” said the 75-year-old 16-handicapper who is retired from a career in law enforcement. “We’ll be back again, too. We’re already talking about it. There are more golf courses to try. If I can’t get the same guys, I’ll talk my son into coming with me.”

He said his brother-in-law heard about the trip and has signed up to try and win the Ultimate Giveaway this year. You can sign up once per year at gaylordgolfmecca.com. 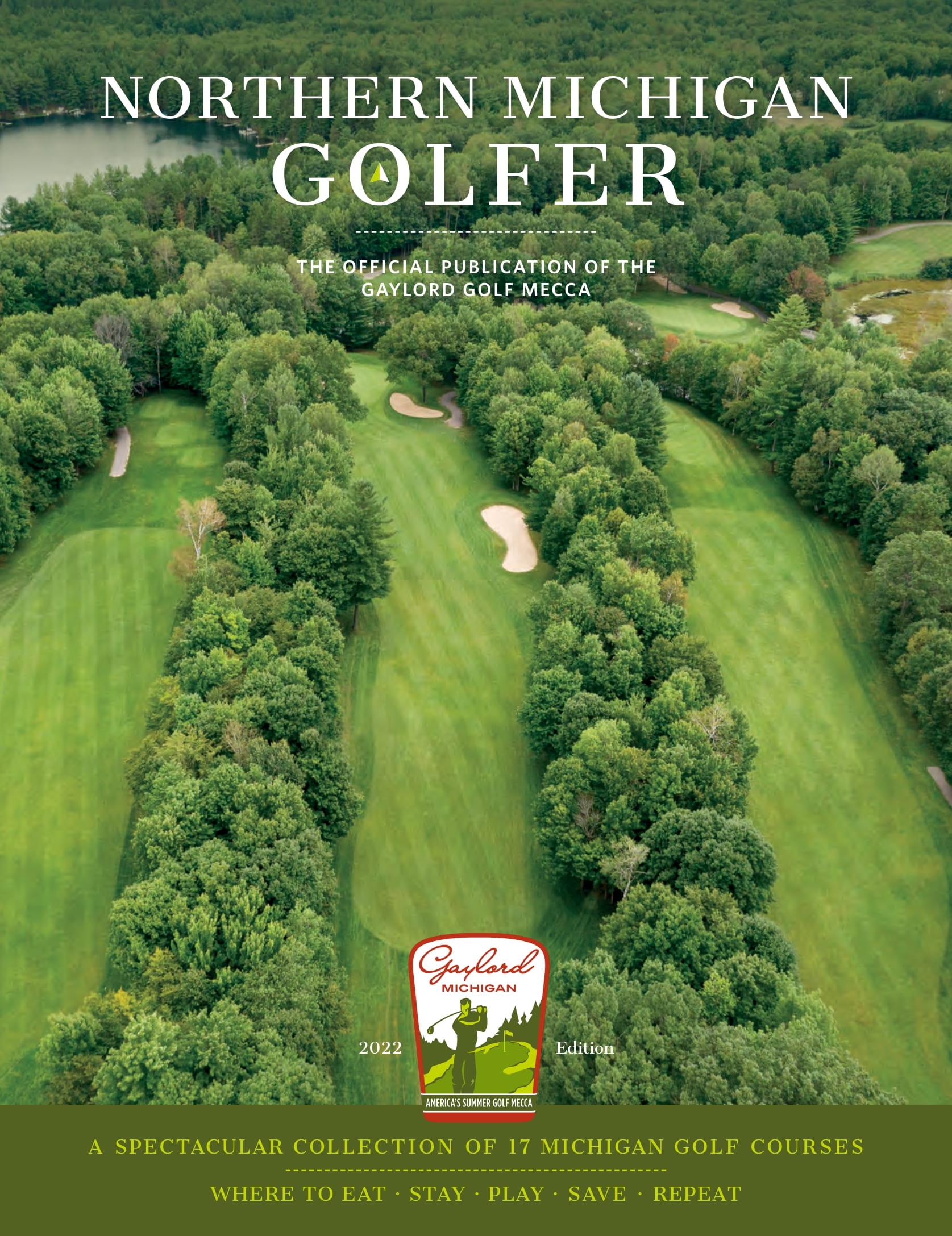